The American bulldog is believed to have descended from the English bulldog breed. Preserved by the middle class immigrants during the early years of America, this breed was found to be useful as work dogs or guard dogs. A very helpful and diligent breed, the American bulldog are instinctively herders and guardians which made them valuable companions at the time.

Presently, there are mixed reactions regarding keeping such a breed around the home or certain neighborhoods. Due to their size, strength, and their tendency towards aggression, many are reluctant about American bulldogs. In connection with this, the breed has gotten a bad reputation. However, when properly trained, a stable American bulldog is a perfect family pet. A stocky and muscular breed, the American bulldog has strength written all over it. While it is not as large as the mastiff, it certainly sizes beyond the original English bulldogs. It has almost the same characteristics of an English bulldog but in a more agile package. Longer limbs mean they are great runners and can catch up to a good running even while carrying a load.

Some of their similarities include the square shape of the head that taper down to powerful jaws and a short muzzle “typical of a bulldog breed. The American bulldog has a thin single-coat exterior which can either be sporting red brindle, varying degrees of tan, fawn, white, red, brown, and piebald patterns. Standards for this breed may sometimes vary but most breeders prefer various ear-types (cropped, rose, half-pricked, and forward flap) while the stricter American Bulldog Breeders Association Standard prefers un-cropped ears for their bulldogs.

Overall, the American bulldog sports a strong and ferocious look which can sometimes contrast its attitude and personality. Towering at an average height range between 22-28 inches and weighing somewhere between 70-120 pounds.

This bulldog’s appearance can sometimes contrast their temperament. While they do in fact look quite fierce on the outside, on the inside they can easily melt your heart with their show of affection, and genuine love for the children of the family.

A very reliable breed, the American bulldog is a great working dog for the farm to keep predators from harming livestock (or drive trespassers away from the property).

On the other hand, because this breed is a bully, it may show bullheaded attitude or may even try to dominate other dogs in the pack. Because of this, many breeders recommend American bulldogs only to potential owners that have already experienced taking care of large dogs. Dealing with two sides of the American bulldog’s temperament can be demanding, but with proper leadership and obedience training, any issue can be surpassed. To become a good American bulldog breeder or owner, you must be stern, firm, and consistent with training and discipline.

Training this breed is a must. Due to the misinformation regarding the American bulldogs supposedly ‘˜dangerous’ tendencies, certain communities and local authorities will require you to have this dog always on a leash and wearing a muzzle when taken for a walk.

The American bulldog requires consistent discipline and exercise to keep it in a calm and submissive state “an important concept for training. A firm hand is also needed to keep this size and energy of a dog at bay. Socializing this dog at an early stage will help remedy its bullying tendencies and will help him adjust to other dogs. During training, especially with this breed, make sure you have a firm alpha male status or risk being challenged by this breed. This concept, as explained in many of Cesar Millan’s videos, is important in training and raising a dog properly.

Here are a few easy tips on training your American bulldog: As for grooming, this is a relatively low-maintenance breed. Regular brushing of the coat will help your American bulldog’s hygiene as it can shed a lot during warmer seasons. Bathing should also be done more frequently during the summer as they may overheat easily.

These handy dog waste bags are a must when you take out your dog. They also come with a handy dispenser. Earth Rated claims that their poop bags completely biodegrade within 24 months. There are also corn-based, compostable bags that are biogradable & Certified Compostable so very safe for the environment leak proof and will break down in just 90 daysl. 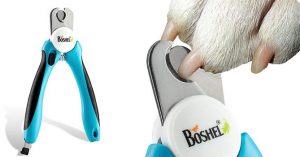 Generally, the American bulldog is an all-around companion and worker. Whether you need a canine pal for your home or your farm, this breed is perfect for both conditions. However, this breed will require a lot of exercise as they can be so full of energy when they do not get enough physical activities.

For the home, the American bulldog will show a gentle attitude towards children. But they can be protective of the family “this means having guests around might not be so easy unless your bully is properly trained and socialized.