Excessive scratching can lead to various ailments in our dogs. It can lead to hot spots, infections, bald spots, and other skin problems for our dogs. And it is for these reasons that many pet owners, as we speak, would like to learn how to train their dogs, not to scratch. 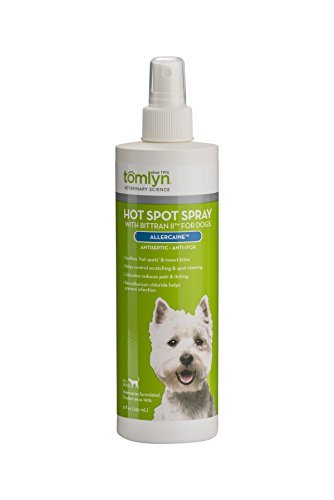 But before you can begin to teach your dog to stop scratching, the first thing you need to do is to identify the root cause of the scratching. Here are some of the major causes of excessive scratching on bulldogs:

Infections can cause your bulldog to scratch itself excessively. Skin infections in particular will have your dog scratching like crazy. These infections can be caused by bacteria build-up, yeast, or maybe even a fungal infection. No matter which kind it is, your dog’s immediate reflex would be to scratch it.

If you want a good remedy I would advise washing your dog with All Natural Earthbath Pet Shampoo which is safe, gentle, and effective. After the shampoo bath washes off and dries and use bath you can use an antiseptic anti-itch Spray called Vetoquinol Allercaine with Bittran II Antiseptic Anti-Itch Spray which helps control the compulsive scratching. Safe for all dogs over 6 weeks.

Signs of infection can be spotted if you examine your dog closely. Infections usually come in form of greasy sores, hairless patches, and red swells in the area where the dog scratches.

Bulldog Skin Fold Dermatitis (Intertrigo) is an inflamed rash that affects bulldogs and occurs in deep skin folds. It is caused by irritation from moisture, bacteria, or yeast within these skin folds. It can also be caused or exacerbated by urine, feces, saliva, or perspiration which accumulates in the creases of the skin. Symptoms include inflammation, redness, itching, and discomfort for the dog.

In order to properly diagnose a bulldog’s Skin Fold Dermatitis (Intertrigo), a veterinarian should first do a physical exam of your pet to confirm the condition. He or she will likely take swabs and collect samples to analyze as part of the diagnosis process. Your vet may recommend cleaning out any residue that has accumulated in the fold as well as applying topical treatments such as medicated scrubs and gels or over-the-counter shampoos specifically designed for treating fungal infections.

Proper hygiene is one of the most important factors for managing Bulldog Skin Fold Dermatitis (Intertrigo). Regularly washing with warm water and a mild detergent can help keep this type of dermatitis under control. Owners should also be sure to dry folds thoroughly after bathing their pet in order to prevent any remaining moisture from causing further irritation to sensitive areas. Also allowing dogs plenty of time outside to dry out naturally in the fresh air also helps improve overall skin health.

What is Pyoderma in Bulldogs?

Pyoderma is a bacterial skin infection that commonly affects Bulldogs. It is an inflammation of the skin that can lead to lesions and sores, usually caused by Staphylococcus infections such as Staphylococcus Pseudintermedius. This type of infection often arises from constant scratching, bites, or abrasions on the Bulldog’s skin which create favorable conditions for bacterial growth.

Signs and symptoms of pyoderma can range from a small amount of redness and itchiness to large crusty scabs all over the body. All breeds of dogs are susceptible but Bulldogs are particularly vulnerable due to their thicker coat, folds in their skin, and predilection for scratching.

Left untreated, pyoderma can often cause serious complications for Bulldogs as well as other breeds such as increased sensitivity toward contact allergies, food-induced pruritus, or chronic endocrinal diseases such as hyperthyroidism or Cushing’s disease.

To combat infection better hygiene practices must be incorporated into a Bulldog’s daily routine- make sure to provide regular grooming and check the skin regularly for any signs of irritation or discomfort. Clipping hair around affected areas can provide some relief while using antimicrobial shampoos with active ingredients like chlorhexidine gluconate (CHG) will help reduce the risk of contamination and help improve topical health until full treatment has been administered by your vet.

If your pooch is prone to scratching ensure you provide ample amounts of chew toys which should help alleviate inflammation and irritation rather than letting them scratch themselves raw!

sed by a number of things such as food, pests, plants, and dust.

As mentioned above, food can also be a source of allergies. However, lack of food can also cause bad health. One of the signs that a dog is healthy will appear on its coat. Malnutrition in bulldogs can sometimes be spotted by how dry its coat and skin are. Dry skin will then lead to itching, and then, scratching.

These causes mentioned above can be treated easily with either some exercise, medication, or a change or addition to the diet. Baths with medicated soap will sometimes cure sores and skin infections. As for allergies, antihistamines are readily available upon the vet’s recommendation. However, one more cause of excessive scratching may need special attention and treatment. Neurogenic scratching is a nervous issue that can be caused by excessive licking and chewing. How this issue comes about may be attributed to lack of exercise, mental stimulation, boredom, and anxieties experienced by our dogs. However, never jump to concluding that your dog’s excessive scratching is a neurogenic disorder. To properly identify the cause, always consult your veterinarian regarding your dog’s scratching issue. Your vet can single out physical and physiological causes. It can only be a neurogenic cause that’s getting your dog scratching excessively.

Possible recommendations for treatment will include using cones for your dog which will hinder him from reaching and scratching hot spots. And while your dog is getting used to the cone, give him plenty of exercises and mental stimulation. This will allow the dog to readjust and take his attention away from scratching.