Introduction to the BULLDOG BREED
The Bulldog breed is among the oldest purebreds known to modern man. These dogs are the crame de la crame of breeds. England has even used the stoic, brave and bull-headed Bulldog as a national symbol since the 16th century. With such an illustrious history, it should come as no surprise that training your Bulldog puppy may be a challenge. Your job is to turn the pup’s adventurous stubbornness into courage, from which both you and your young pet will benefit. When selecting your Bulldog puppy, bear in mind several important factors about the breed. Bulldogs are more prone to health problems, even from birth, and have higher mortality rates at younger ages than other breed. Pick a puppy that has been weaned from its mother, which usually takes eight weeks from the date of birth. Even if the Bulldog puppy that you are considering has been weaned earlier, give its mother that extra week or two to socialize her litter in the ways of doghood.

The Bulldog puppy should be friendly, not aggressive. Before you make your final decision, it would be a good idea to speak with other Bulldog owners who obtained their pet from that breeder. Also, take the puppy to a veterinarian who is experienced with large breeds, to ensure it is healthy. The vet should especially look for signs of problems with the Bulldog puppy’s noses and ears, which are more likely to cause complications among members of this breed. 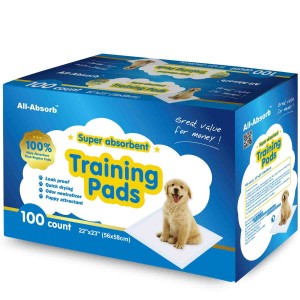 If, for some reason, you bring your Bulldog puppy home and discover it has not been appropriately socialized to humans and/or other dogs, start that process before engaging in any training. This will ensure you do not run into any issues with aggression in the long run. When you are satisfied with your Bulldog puppy’s ability to get along, let the training begin!

Potty Training and your Bulldog Puppy
Start your Bulldog puppy’s instruction, at the age of seven to eight weeks of age, with the basics:Â  potty training. It is strongly encouraged to have this take the form of crate training. Like all dogs, your puppy will come to see the crate as its den, which it will not want to soil. At reasonable intervals, take the Bulldog puppy out of the crate for bathroom breaks, in a designated area in the house or outside. The intervals may be increased as the puppy matures. You may even want to start leash training at this point, leading your young Bulldog to the places where you want it to relieve itself. Be aware that Bulldog puppies need to relieve themselves relatively quickly after eating. Develop a meal routine, giving your puppy approximately 25 minutes to finish its food. Remove the bowl and wait about 15 minutes. At that point, your Bulldog puppy will be ready to use the bathroom. Likewise, when your puppy awakens in the morning or after a nap, it will need to be taken to its designated potty area.
Remember young Bulldogs can be particularly defiant, so be patient if the house breaking process seems to take a bit longer. Once the Bulldog puppy understands your home is its den, it will take good care not to soil it. If your puppy does have an accident, do not scold and bring attention to the fact. Merely take the puppy outside as soon as possible, and praise it for going to the bathroom in the appropriate spot. Training Your Bulldog Puppy Obedience
Once your Bulldog puppy grasps the basics, focus on creating and maintaining a home atmosphere that supports your position as alpha. Although your puppy certainly needs affection, it also needs a clear sense of pack leadership from you. Use the crate liberally in the first few months, so it learns its place in the household. Keep your control over the pack domain by not allowing your Bulldog puppy to leap upon the sofa or sleep with you.

Training your Bulldog puppy includes teaching it to distinguish between appropriate and inappropriate play. For instance, if your Bulldog puppy nips you when going for a toy, make a whining noise to show this hurts. Playing tug-of-war is also not a good idea, because this encourages your puppy to engage in a battle of strength that can lead to an aggressive personality.
The general points above will create a positive learning environment for specific bulldog obedience instruction, which should begin when your Bulldog puppy is between three and six months of age. Concentrate on fundamental commands, like “lie down,”stay,” “sit,” “come” and “wait.” Your Bulldog puppy does not need explanations, so keep it simple. Remember you are its leader for the duration of its life.
During the period of obedience training, and beyond, your Bulldog puppy should always focus on you more than on any distractions around it. In the initial stages of obedience training, keep a pocketful of reward treats to encourage its focus. Remain patient and calm, because anger will only confuse your puppy about your expectations. 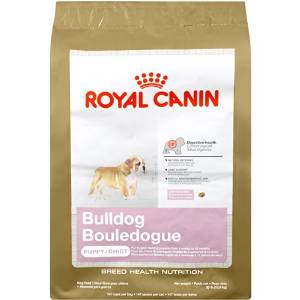 Below are suggestions for teaching some of these commands. It is important to include a gesture for each command. This is a good tactic for instances when your dog can see you but not hear your voice, for instance, when the two of you are in a noisy environment. 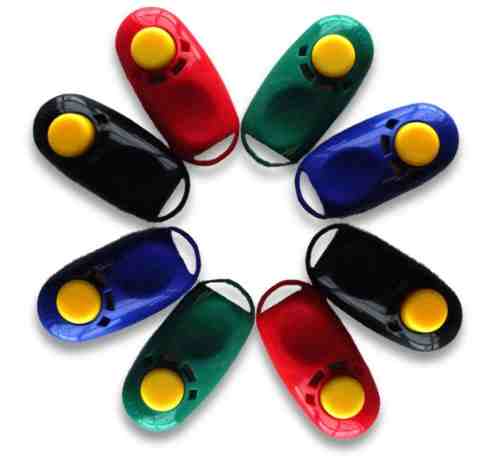 Bulldog training does not stop in puppyhood. Keep it up over the months and years. A Bulldog will remain tuned to your cues, as long as you don’t slack off and allow its strong nature to assert itself over you and other family members. The Bulldog must always respect you as its center of attention, so you do not lose your position of leadership.

A Last Word on Your Bulldog Puppy and Training
Effective and consistent Bulldog puppy training is not only necessary to maintain your alpha status. It prevents your puppy from hurting itself. This naturally curious and brave breed will go out of its way to explore its world. Therefore, teach your Bulldog very early to stop at street curbs, never chase cars, and always remain by your side in public. Keep your Bulldog puppy leashed when the two of you are away from home, until you are certain it will come when you call. In fact, early leash training can also occur within the house, with practice runs from room to room or making turns around furniture.
Eventually, your Bulldog puppy training will pay off. You will discover proper guidance will turn your Bulldog into one of the most devoted dogs you will ever own. You train it not just for your own convenience, but for its own good. Here’s to a long, healthy, happy relationship between you and your Bulldog puppy

A bulldog puppy can be trained from 7-8 weeks old.